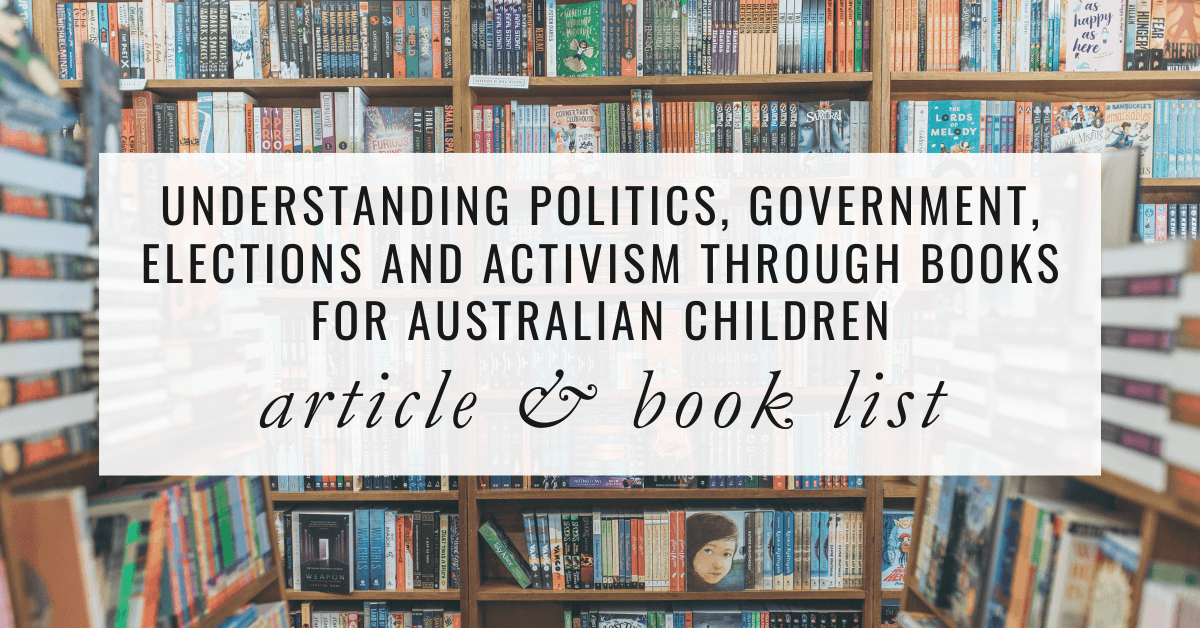 There’s an election coming. Well, there’s always an election coming. And if there’s not, there’s always lobbying, decision making and activism underway. It’s easy to forget that the topics of government, politics, elections, the law and activism are fundamentally relevant to children even though they are not yet voters. These topics are perennial favourites in classroom and books are a great way to instruct, engage and activate children in these matters. Our list below covers books for all ages, and ranges from the practical to the philosophical with a particularly Australian bent. 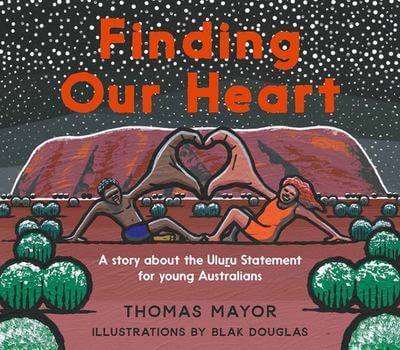 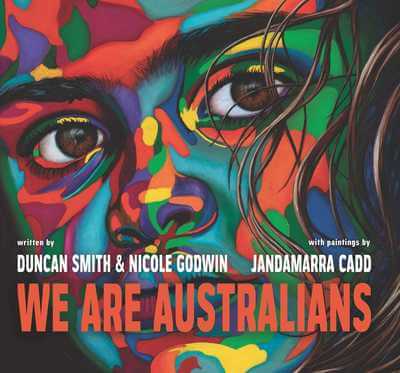 A highly illustrated book about how preferential voting works.

A story about the 1967 Referendum in which the Constitution was changed to ensure that the Commonwealth could make laws for Aboriginal and Torres Strait Islander peoples and that they were counted as part of the population as all other Australians were.

Finding Our Heart: A story about the Uluru Statement for Young Australians

A picture book version of the comprehensive and beautifully illustrated Finding the Heart of the Nation: The Journey of the Uluru Statement towards Voice, Treaty and Truth about the author, Thomas Mayor’s exploration of the importance of the Uluru Statement and the movement towards constitutional change to enshrine Aboriginal and Torres Straight Islanders’ voices in the constitution.

What it means to be a citizen of Australia for all Australians through an Indigenous lens.

The Little People, BIG DREAMS series has a huge range of biographies of activists and politicians including:

The students of Mount Mayhem Primary school learn about Australian history and government on their school camp to Canberra.

Suffragette: The battle for equality

An illustrated history of the women’s suffrage movement covering a wide range of suffragist experiences.

So, You Want to be Prime Minister?

A humorous look at facts and stories about some of our former prime ministers.

The following books are suitable for a wide span of ages and purposes as they can all be read on a range of levels. Don’t underestimate how much you will learn as an adult reading these books too.

This book is an absolute must-have for every school library and any family interested in politics. Succinct, clear and engagingly illustrated, we promise that you will learn something from reading it.

This is an illustrated non-fiction book in similar vein as the Politics for Beginners title, but is aimed at older children.

The Power Book: What is it, Who Has it and Why?

A thorough yet accessible book about power and how children fit into systems of power. It’s another one of those books that is likely to open floodgates of interesting conversations with children.

If I Ran the Country

The witty political handbook for the child who wants to take charge covering leadership, political systems, elections and justice.

Is Capitalism Working?: A primer for the 21st Century

There are some very big ideas in this book made accessible in part by the layout and illustrations. It doesn’t pull any punches with its vocabulary so it may be necessary to support your readers with vocabulary and content for this one, but once you do, be ready for some fun debates.

The Story of Australia: for the young (and the curious)

Whilst this is a book about Australian history in general it covers significant moments in Australian political history.

If you are looking for a classic-style non-fiction series, the Democracy and Australian Government series offers information on various topics linked to the Australian Curriculum. Titles include:

The Citizens Who Vote

Why Do We Have a Governor-General?

All the Prime Ministers of Australia

Activists and Young People Having Their Say

Whilst children can’t vote, there are other ways they can influence the world around them. There a lots of ways children can be activists and plenty of activists too look up to. Some of these stories might inspire them to start campaigning for what they care about.

A is For Activist

An ABC board book about community, equality and justice.

When We Say Black Lives Matter

Written with African Diaspora kids around the world in mind, this picture book follows a black child’s parents as they explain what Black Lives Matter means to them.

Freedom Day: Vincent Lingiari and the story of the Wave Hill Walk-Off

By Thomas Mayor and Rosie Smiler Illustrated by Samantha Campbell

A story of the protest in which over two hundred Aboriginal people walked off the Wave Hill Cattle Station in the Northern Territory in a fight for equal pay and land rights.

Biographies can provide great inspiration for children. Hugely popular child activists Greta Thunburg and Malala Yousafzai are perpetually fascinating to children, and they have a mountain of books written about them. Don’t forget the Little People, Big Dreams series mentioned above for stories about the lives of many more activists.

Greta’s Story: The schoolgirl who went on strike to save the planet

I am Malala: The Girl who Stood up for Education and Changed the World

The young-reader version of Malala’s biography.

Kids Who Did: Real kids who ruled, rebelled, survived and thrived

Stories of influential children throughout history including ‘rebels and rulers’ who directly influences the politics of their countries.

No One is Too Small to Make a Difference

A collection of Greta Thunberg’s speeches.

We are all Greta: Be inspired to save the world

A handbook on how to become a climate change activist.

What if? Fiction (and some non-fiction) that explores what would happen if different governance structures ruled.

I’ll let you in on a secret. You can use almost any fiction book to explore governance structures. All world-building has some sort of explicit or implied form of government in it and often an understanding of this system is essential to making sense of the plot. Some of the best examples are dystopian fiction or stories set in imperial contexts. A great way to engage children is to look at the way politics and governance structures work in their favourite fiction.

If I Was Prime Minister

by Beck and Robin Feiner

A favourite picture book that encourages children to think about what they would do if they were in charge.

Help Around the House

Ludo’s dad is elected to Federal Parliament, and Ludo decides that he is going to do his bit to make Australia a better place too.

When the Lyrebird Calls

A timeslip novel in which Madeline finds herself back in time in 1900.  She and her new ‘sisters’ try to make their mark on a country struggling with federation, emancipation and Aboriginal rights while trying to find a way to get her home.

Cat wants to fight the powers that be, but what happens when her mother becomes Prime Minister.

Dystopian fiction is a mainstay of the Young Adult category, and the genre is perfect for exploring the what-ifs of politics, power and governance. Also useful for this purpose are the political classics that remain favourites of English teachers for a reason.

How do you govern and manage a population that you have effectively made immortal?

In a dystopian world, what happens when one young person decides to publicly defy the ruling powers?

Also available as a graphic novel.

Also available as a graphic novel.

Lord of the Flies

~ Gisela Ervin-Ward teaches children with learning difficulties how to read and provides literacy consulting to schools @podliteracy. She is obsessed with children’s books and writing and muses about them at @giselaervinward. www.giselaervinward.com

You can see our other articles and their accompanying book lists HERE.